Rodolfo Castellanos is an extraordinary chef from the state of Oaxaca, who recently participated in the program, Top Chef, held for the first time in Mexico. As the winner of this prestigious competition, no doubt his discretion, humility and cleverness in the kitchen were all factors that gave him the victory in this competition. He is the kind of Chef who stays true to his Oaxacan origins and integrates that into the dishes which in turn results in great things on the plate.

But what influenced this chef and motivated him to venture down the culinary path? Recently we caught up with Rodolfo at an important gastronomic festival in Morelia, Michoacán, and we were able to learn more about this successful Chef:

Food Mexico y Yo: How do you feel about being here at the gastronomic festival, Morelia en Boca?

Rodolfo: Well I’m very happy to be here, this is the second time I have come. The first time that I participated I was kind of lost and I didn’t have clear in mind what this project was about, but now it makes a lot of sense because it integrates what we as cooks take as inspiration in Oaxaca, which is the communion between traditional cooks and us. We have to give them the place that they deserve(traditional cooks), and the recognition of the traditional cuisine that without it we as younger cooks wouldn’t be able to do what we are doing right now. At the end of the day, if we don’t have well rooted our origin, we will not be able to be successful, or to find the right way to do things in the future. 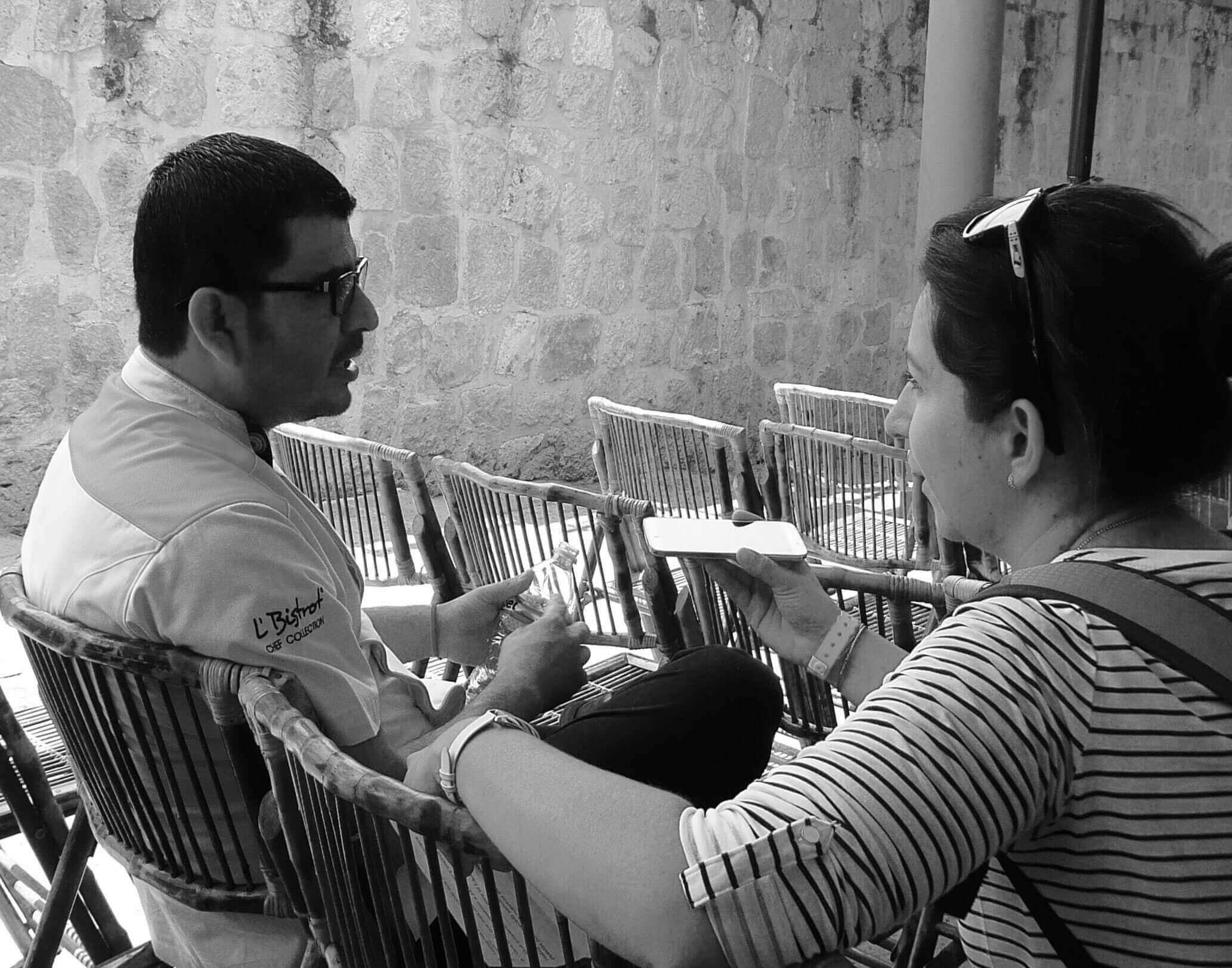 Food Mexico y Yo: Congratulations for being the winner of the first Top Chef Mexico. How do you feel?

Rodolfo: Very, very happy, super proud, proud not only because I won the competition, but because I had the opportunity to be in front of such great chefs, and even prouder that we did not lose our roots, our essence of what we are as chefs from Oaxaca are. I feel very fortunate to have participated and felt as if I was an ambassador of our cuisine, helping make it better know.

Food Mexico y Yo: Tell us about that last dish you prepared at the end of the competition that made you win Top Chef Mexico.

Rodolfo: It is a dish made with Mole called Chichilo. The Chichilo is made with chile called Chihuacle, and all the flavors that it has, the complexity and preparation itself all give you very smoky tones. I feel this is a plate with a lot of personality and with the combination of ingredients that were upon it well represented Mexico in every way.

Food Mexico y Yo: Your mother, Evelia Reyes, was a major culinary influence on you, how so?

Rodolfo: I was a kid that grew up in the kitchen and I was immersed in this noble activity that is so cool. My Mom is a traditional Oaxaqueña cook and she has a food business there, so all our activity revolved around what was done in the kitchen. We as children had little jobs to go to the store to get the ingredients, to help clean the kitchen and help in preparing some plates. So when it was time to decide what to do with my life or what to study, my transition to becoming a chef was very natural and I feel that my mother was a very important part of that happening, because that’s what I had at home.

Food Mexico y Yo: You studied Gastronomy in Puebla and then worked in different countries like France and the United States, was it difficult to transition between these countries?

Rodolfo: France was the first official stop so to speak, I was part of a foundation in Mexico that would give scholarships to Mexicans, so I was sent to France as part of this program. The purpose was to learn to produce, to absorb techniques, and experience them in order to bring them to Mexico and obviously share them with others. I then worked in a hotel that is dedicated to the making of the traditional food of southern France. It was super well run restaurant, with a Michelin star and it was a really nice part of my life because I had mentors. These were cooks 45 to 50 years old and with 20 years or more of culinary careers behind them. That was wonderful as it was another school of intensive learning. From there I went to the United States seeking my own direction. I ended up in San Francisco and I worked with Traci Des Jardins who is an iconic chef in San Francisco with 17 or 18 years. With her restaurant she has been a pioneer in using organic product, focusing on respecting the producer so that the two – the producer and the restaurants – can work together. And then finally I attended courses in Belgium followed by some work in Italy. So all this has enriched me little by little making Rodolfo Castellanos what he is today.

Food Mexico y Yo: Tell us about your Restaurant “Origen” which you are Owner and Chef of in the city of Oaxaca?

Rodolfo: Origen is a project that at the beginning did not have a head nor a tail so to speak. It came into existence after I was looking to do something more personal, due to all those experiences I had before. I wanted to put into practice what I had learned. So “Origen” made a lot of sense because it integrates local products, and integrates people from Oaxaca. So it is an alternative in the sense that it mixes a little bit of these two parts and the result is “Origen”. 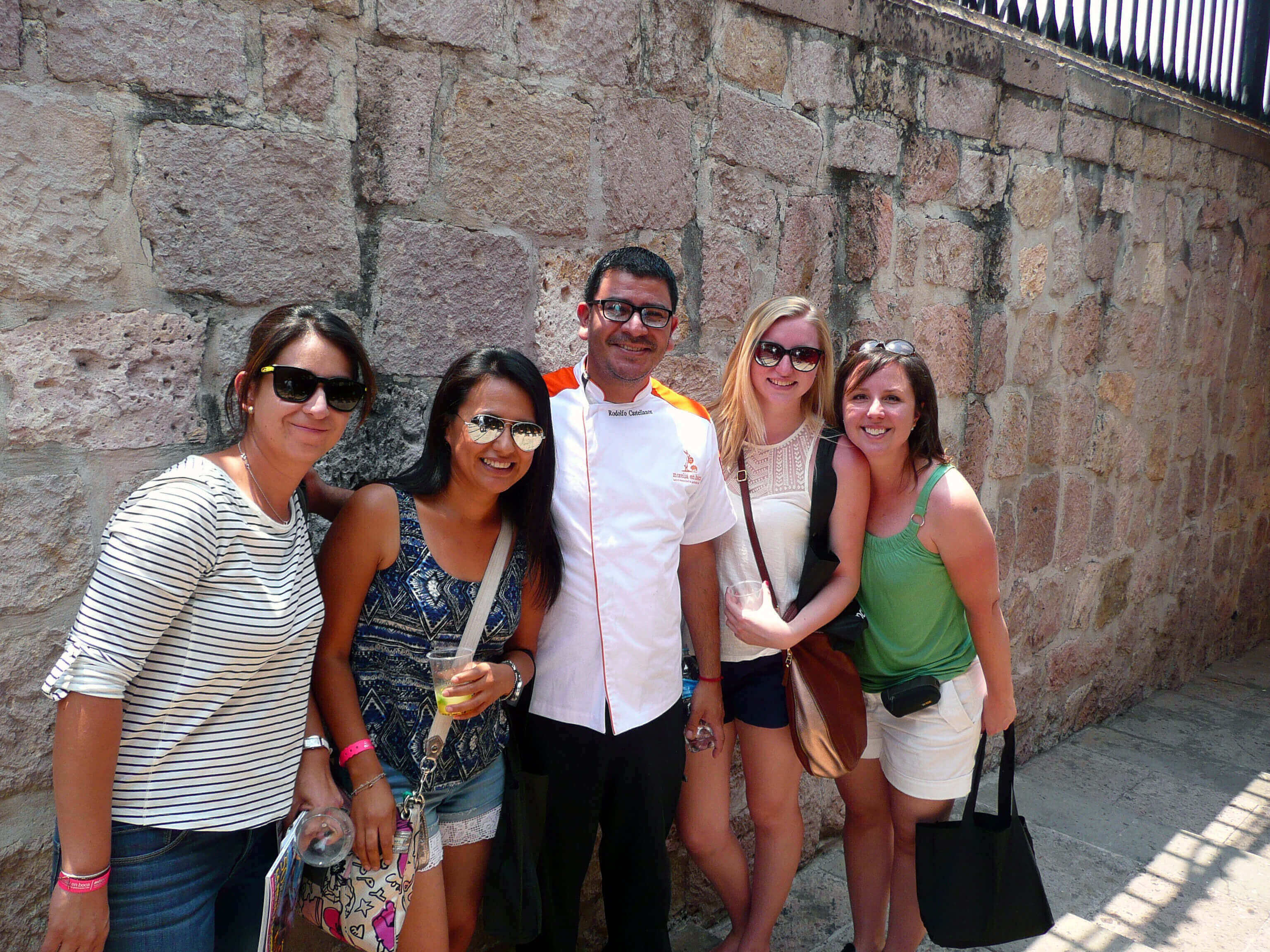 Today “Origen ” has been opened for 5 years. Congratulations to Rodolfo Castellanos (or “Rodo ” as his close friends call him), not only for winning Top Chef Mexico, but because he has been a Chef that has kept true to his Oaxaqueños origins.