With dozens upon dozens of small crafter brewers crowding the Mexican market all hoping for a small piece of the pie how does one stand out?

One small brewer, in fact better called a Nano-Brewer is Ojos Negros (Dark Eyes) in Uruapan, Michoacan. Uruapan may be best known as the avocado capital of the world yet Ojos Negros is helping distinguish Uruapan for something besides avocados – craft beers.
Owner and head brewer – Saul Lopez shared his story of how Ojos Negros literally grew out of nothing into a passion to make a great product that beer drinkers will enjoy and remember. The name – Ojos Negros – is inspired by Saul’s training as an opera singer and one of his favorite traditional Russian songs – Dark Eyes (Очи чёрные /Ochi chornye). The name seemed like a perfect match for the dark, rich color of his stout.

Food México y Yo: How did Ojos Negros begin?

Saul: I was a wine drinker (I was trained as a sommelier), not a beer drinker; so naturally I was not curious about beers.  But one day in March 2014, it was really hot, so I stopped by a bar (The Beerbox) near my workplace to quench my thirst. The beer of choice that day was “Región Purépecha – Oatmeal Stout” a local craft beer. I can say without a doubt it was love at first sip…. I was amazed by the complexity and persistence of the flavors, the aromas and the body. That sip opened my senses too a whole new world (for me) which had mostly been denied to all of us by the duopoly of the biggest brewers in Mexico. Before that the choices were only “clara” (clear) or “obscura” (dark). Now I knew the styles offered were way beyond such simple classifications. 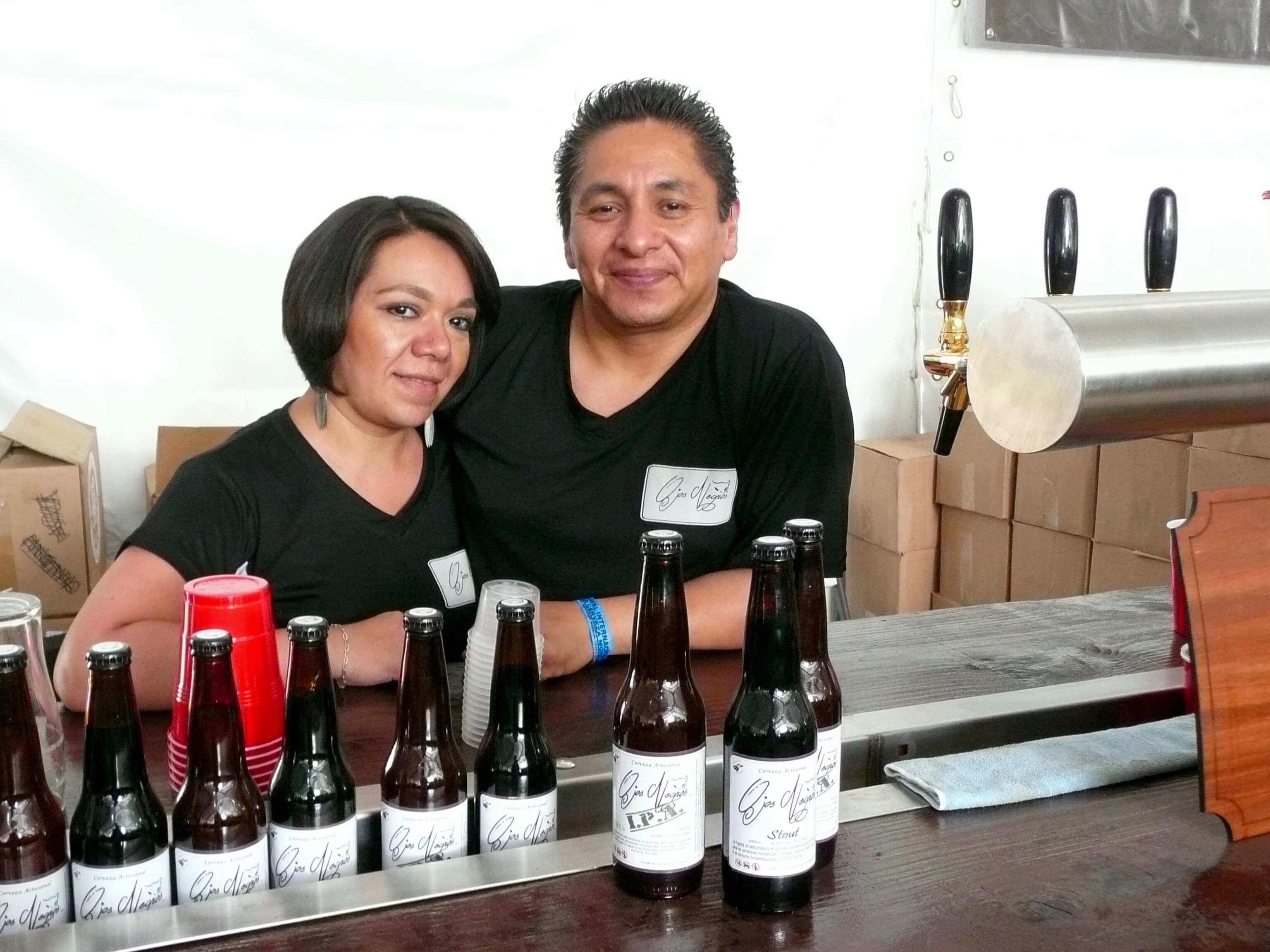 Three weeks after this “awakening” I attended a local beer festival and there I talked to some local brewers. In the following weeks I read about 5 books and watched a lot of video tutorials on Youtube. I was ready to start brewing my own beer! One of my favorite imported beers was (and still is) St. Peter’s Cream Stout, so I decided to go that route.

Food México y Yo: How did you go from a hobby making beer for yourself to bottling and selling it?

Saul: The first batch I brewed was an Imperial Stout (only 10L), or at least I thought it was…I had no equipment, no brewing pot, no chiller….NOTHING! So I bought some simple equipment on-line and boiled the wort in a 20L aluminum pot (yes, I know…I shouldn’t) that I received as a gift. 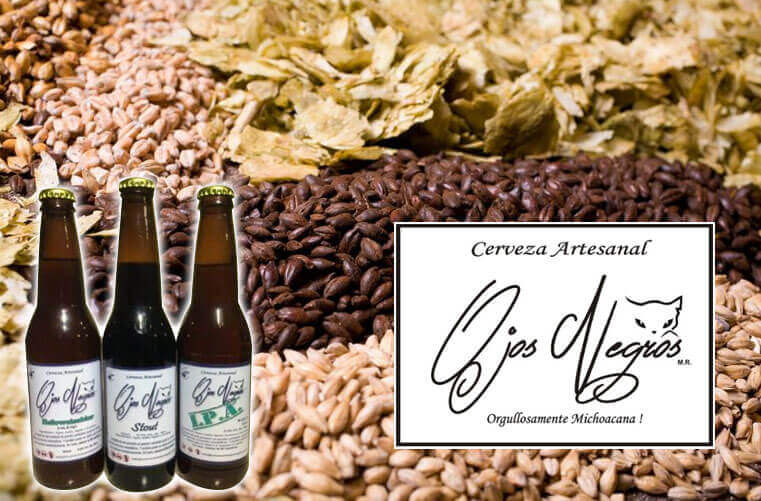 After that batch I started to explore different hops and grain combinations and finally developed a recipe for our stout that I was satisfied with. I took a sample to The BeerBox in Uruapan and they loved it! They asked me; “Why don’t you sell it? We would be happy to sell this here!” I had no brand, no label. A week later, in September 2014 I took my first delivery of 30-12oz. bottles of Ojos Negros Stout to them.

Food México y Yo: How big is Ojos Negros and how big do you want to be?

Saul: Right now our brewery is our kitchen. We re-invest most of the profits into the purchasing of professional equipment. Right now just my wife Claudia and I work there but we have solid plans to build a proper brewery in our backyard.

We produce between 120-150L a month and we sell out everything. We see ourselves becoming one of the most recognized breweries in Mexico, offering high quality brews that satisfy the most demanding palates. I’ve seen some cases where after growing exponentially the quality diminishes. We don’t want that, I’d rather keep production small and keep a strict eye on the quality of what we produce.

Food México y Yo: What styles of beer do you produce and will you venture into other styles?

Saul: We brew basically 4 styles: a raspberry beer, a hefeweizen (wheat beer), an IPA, and a stout. The most popular being our stout followed very closely by our IPA. In time we will try new styles and only those that comply with our quality will be seen in the market. As Mexican palates are being refined the offerings will grow but IPA’s and Stouts are here to stay.

With so many craft brewers in Mexico what differentiates you from the rest?

Saul: Each one of us, even when we brew the same styles, have different recipes. For instance, if you drink an IPA from another fellow brewer you will find a different hoppyness and alcohol volume. The difference between them and us is the type, amount, and time that the hops are added and spend in the wort. At the end of the day such factors may seem small but make a huge difference.

We are happy to have a small share of the market and see all the brewers, not as competitors, but as friends with a common goal: to awake the numb palates and to offer our very best in a liquid form!

Food México y Yo: What challenges does a small brewer, like yourself, face?

Saul: The ideas about new products come continuously, but the money doesn’t. Our ingredients and tools come from Germany, England and the USA and those prices are affected by the exchange rate between the US dollar and the Mexican Peso. When I started brewing the exchange was $13.60MXP to the dollar. Now (May 2016) it is nearly $18.50MXP to the dollar. We need to invest around $30,000 USD to design, build and equip our brewery so we can increase production to about 800L per month. 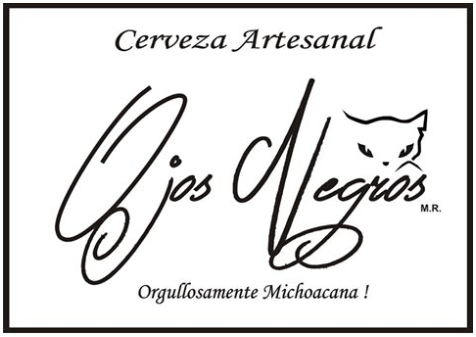 It would be ideal if quality malts and hops were grown here in Mexico. Unfortunately, most of the grains are for animal consumption. We would like to see a Mexican malting company that sells grain of equivalent quality to the imported ones, but cheaper.

Another problem we face are taxes. Between the I.V.A., I.S.R., and the I.E.P.S. (37.4% of the total goes to the government) profits are dangerously low, between $5 and $7 MXP per bottle. Laws are changing and hopefully a decrease in those taxes will be seen shortly.

Like many young boys Saul dreamed of becoming a pilot or a doctor while growing up in Michoacan’s capital, Morelia. Little did he realize so many years ago that he would one day be helping redefine the Mexican beer drinking scene giving people options besides the simple classifications people know as “clara” (clear) or “obscura” (dark) offered by the big brands.